How to visit Pompeii, this city that was taken by surprise by an eruption of Vesuvius on August 24, 79?

On the night of October 24-25, an eruption of Vesuvius buried five cities around  Naples : Herculaneum, Oplontis, Boscoreale, Stabies, and Pompeii .

Today, the Roman city of Pompeii, extremely well preserved, attracts some 2 million visitors a year. This classified site, in danger, could disappear a second time. Before its access is complicated, you are told how to visit Pompeii.

Presentation of the site of Pompeii

To visit Pompeii is to revisit a tragedy that killed several thousand people in one day. The city of Pompeii was founded before the 6th century BC, on fertile land and along a major trade route. Located in Campania, it was a flourishing region of the Roman Empire, the height of its power. 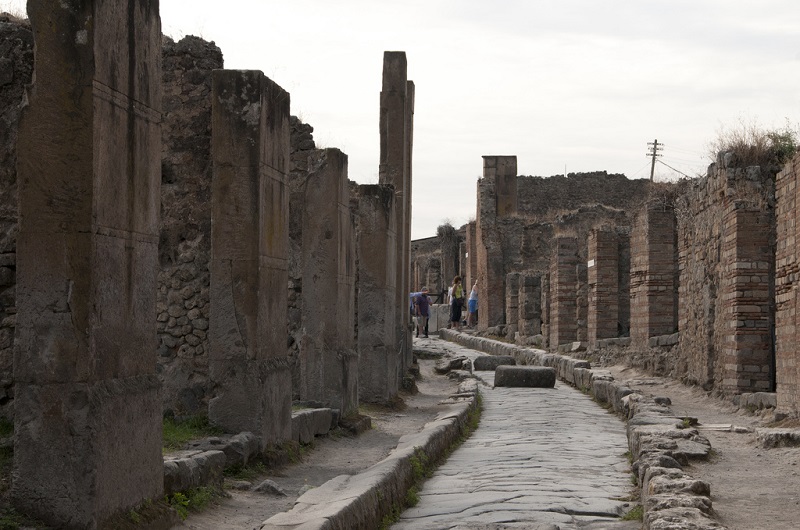 The eruption was of such intensity that a vertical column 20 to 30 kilometers high would have risen above the crater in a few minutes. For 18 hours, rains of ashes, pumice stones and several bursts of burning clouds buried Pompeii under 5 to 6 meters of pyroclastic material. Buried under volcanic sediments, not eroded by the weather and the imprecations of time, the city was forgotten for more than 1500 years. It was in the 17th century that it was rediscovered in an unprecedented state of preservation.

The archaeologist Giuseppe Fiorelli (1823-1896) was the first to organize research and make plaster casts of the found skeletons. The exhumations and archaeological excavations brought to light a flourishing ancient city, an incredible testimony to the civilization of ancient Rome. The site is a UNESCO World Heritage Site since 1997.

The eruption of Pompeii, or the story of an unpredictable drama that claimed the lives of several thousand people

The writings left by Pliny the Younger, a famous Roman writer, have allowed archaeologists and historians to better understand the course of the eruption of Pompeii. The visit of Pompeii thus allows to dive into the corridors of time. 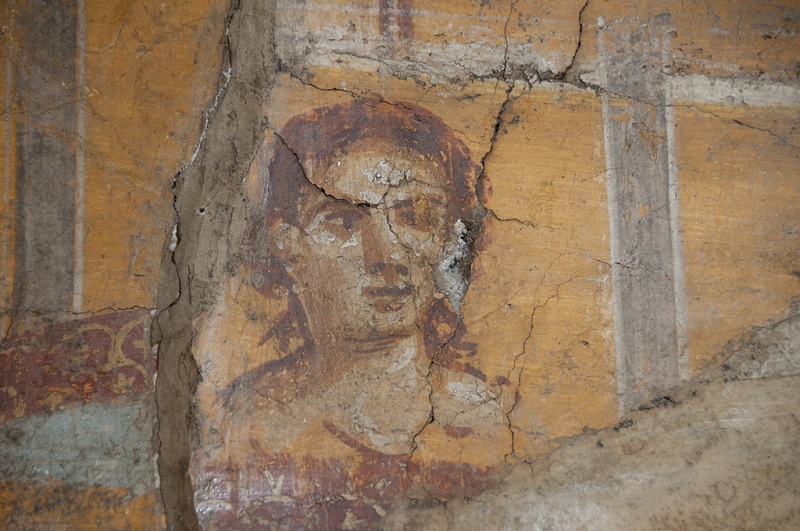 Between the year 62 and 70, several earthquakes of great magnitude had already shaken the cities around Vesuvius and had done considerable damage to Naples. The writings of Pliny the Younger testify that earthquakes were recurrent. No one imagined these premonitory shocks of an imminent eruption of the volcano. Vesuvius was also considered extinct, the last known eruption of then going back to the year 217 BC.

While visiting the site, you will be surprised by the state of conservation of the buildings and by the incredible conservation of the bodies, killed instantly by the fiery clouds of a temperature of more than 300 ° C. Burned alive, the victims remained frozen in their last gestures, surprised by death and printed in the ashes during 19 centuries. Pompeii is an open-air museum with the details of an everyday life, six centuries of human life in an effervescent city of 25,000 inhabitants, flourishing with traders, craftsmen and wealthy owners, where everything is off forever in two days.

An eternal silence that still captures the visitor 1900 years later. Walking through the streets of the ancient site offers a glimpse into the social life and activities of the inhabitants: ruins of taverns and theaters, mosaics and frescoes, stables … 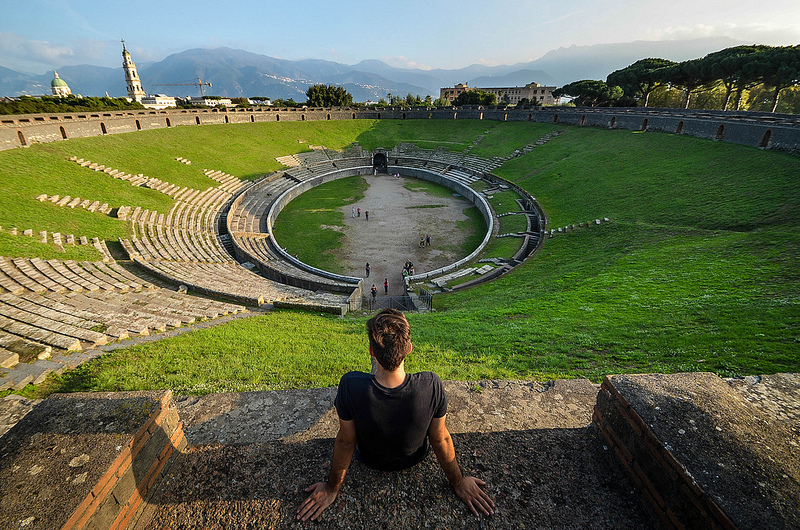 What to see in Pompei?

When coming to Pompeii, you should not miss the main monuments that are: 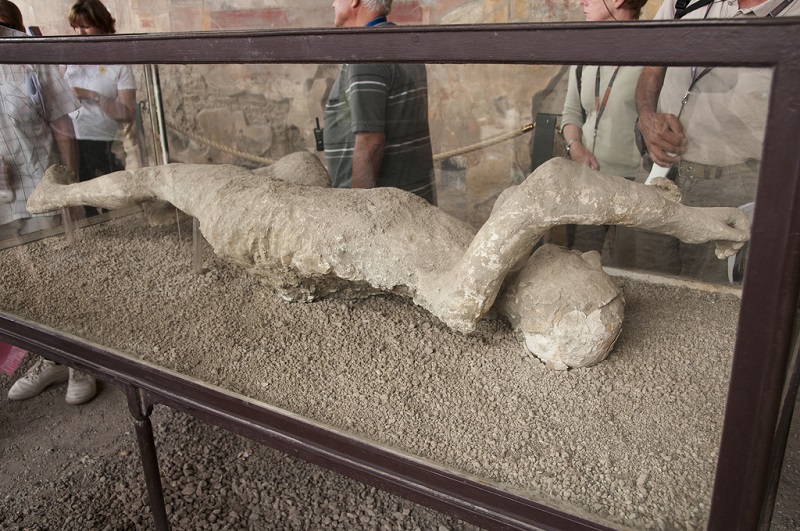 How to visit Pompeii?

You could spend a whole day in Pompeii, but a visit of 2 or 3 hours is enough to see most of the archaeological site. The site is entirely pedestrian. It is possible to rent a bike but the typical Roman pavement does not allow to move easily on two wheels. We must also provide good shoes to be comfortable, because walking here can be tiring for some people, especially in the summer heat. Note that travelers with disabilities should prefer the entrance to Piazza Anfiteatro, where a route has been designed to meet the needs of people with reduced mobility (also valid for parents with strollers).

When purchasing your ticket, you should receive a map of the site and a brochure listing the main attractions. A site map is essential if you want to see a maximum in such a short period of time. Even with a map, visiting Pompeii is a bit like walking in a labyrinth. Many roads, apparently open according to the map, are blocked because of excavations or works. 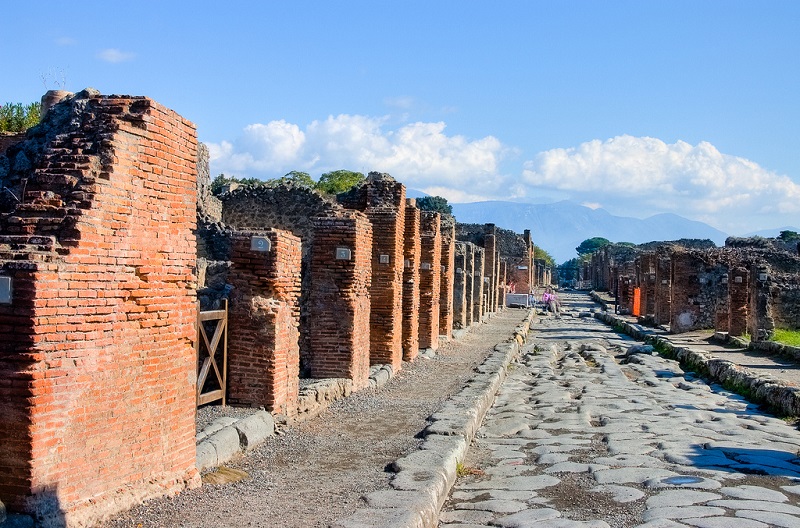 How to get to Pompeii?

If you visit Pompeii on your own, without a guide, there are two ways to get there from Naples:

– By train . For € 2.60 one way from Napoli Centrale train station, a direct train takes you to Pompei in about 40 minutes.

Note that if you are staying in Rome and want to visit the Pompeii site, there is a day trip to Pompeii and Naples from Rome .

To access the site, three entries are available, all south of the site. The first is in the southwest, towards the porta marina (the closest to the station). The second is 200 meters east of the first. To get there, you have to go down the road that leads to Piazza Esedra (where the bus coming from Pompei drops you off). The third entrance is further east, towards the large amphitheater (Piazza Amphiteatro). With the crowd, you will have to wait at least half an hour to get your ticket. 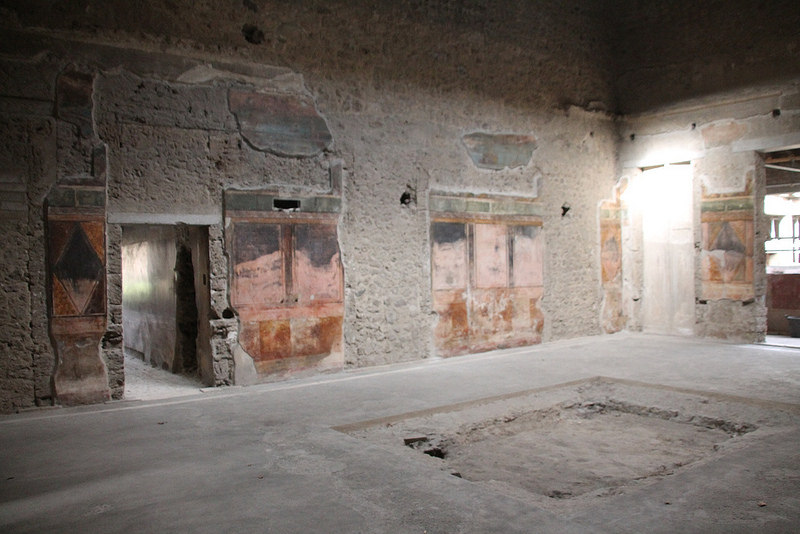 The entrance fee for Pompeii is 11 € at full price and € 5.50 for 18-24 year olds and teachers. Admission is free for EU nationals under 18 years old. Every first Sunday of the month all sites are free.

The entrance fees to Herculaneum are the same. There is a ticket for € 20 to visit Pompeii, Herculaneum, Oplontis, Boscoreale and Stabiae for 3 consecutive days.

Closed on January 1st, May 1st, December 25th. Attention luggage and bags are not allowed inside the site.

To visit Pompeii in a serene way, book your ticket in advance. For only 15 €, this allows you several advantages: 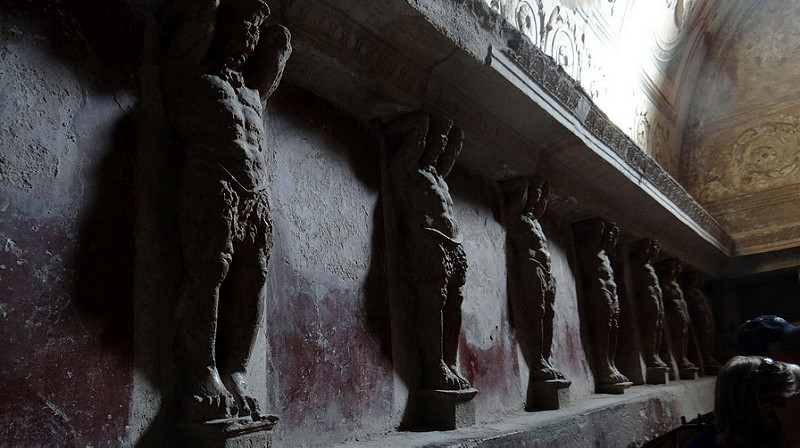 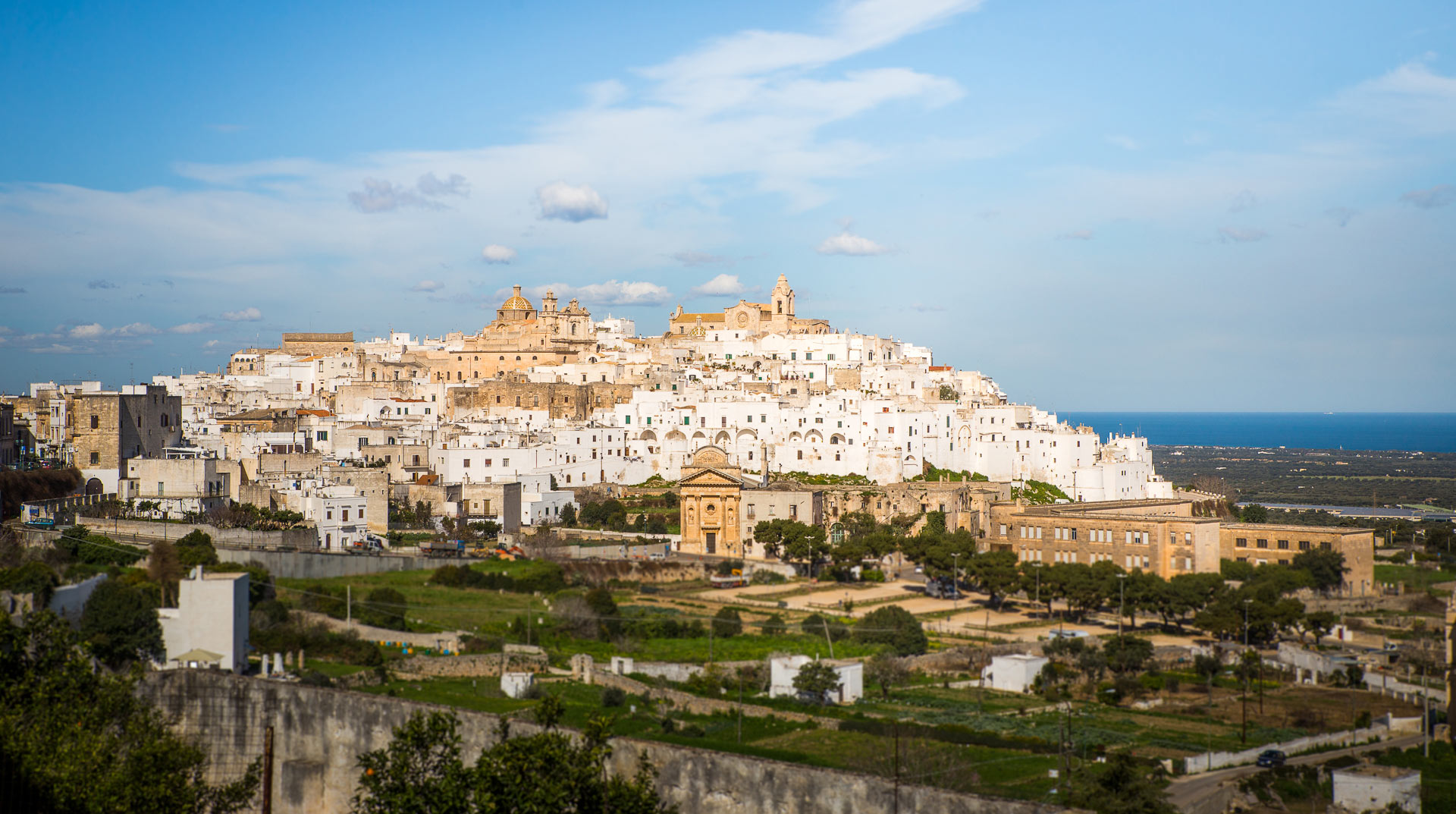 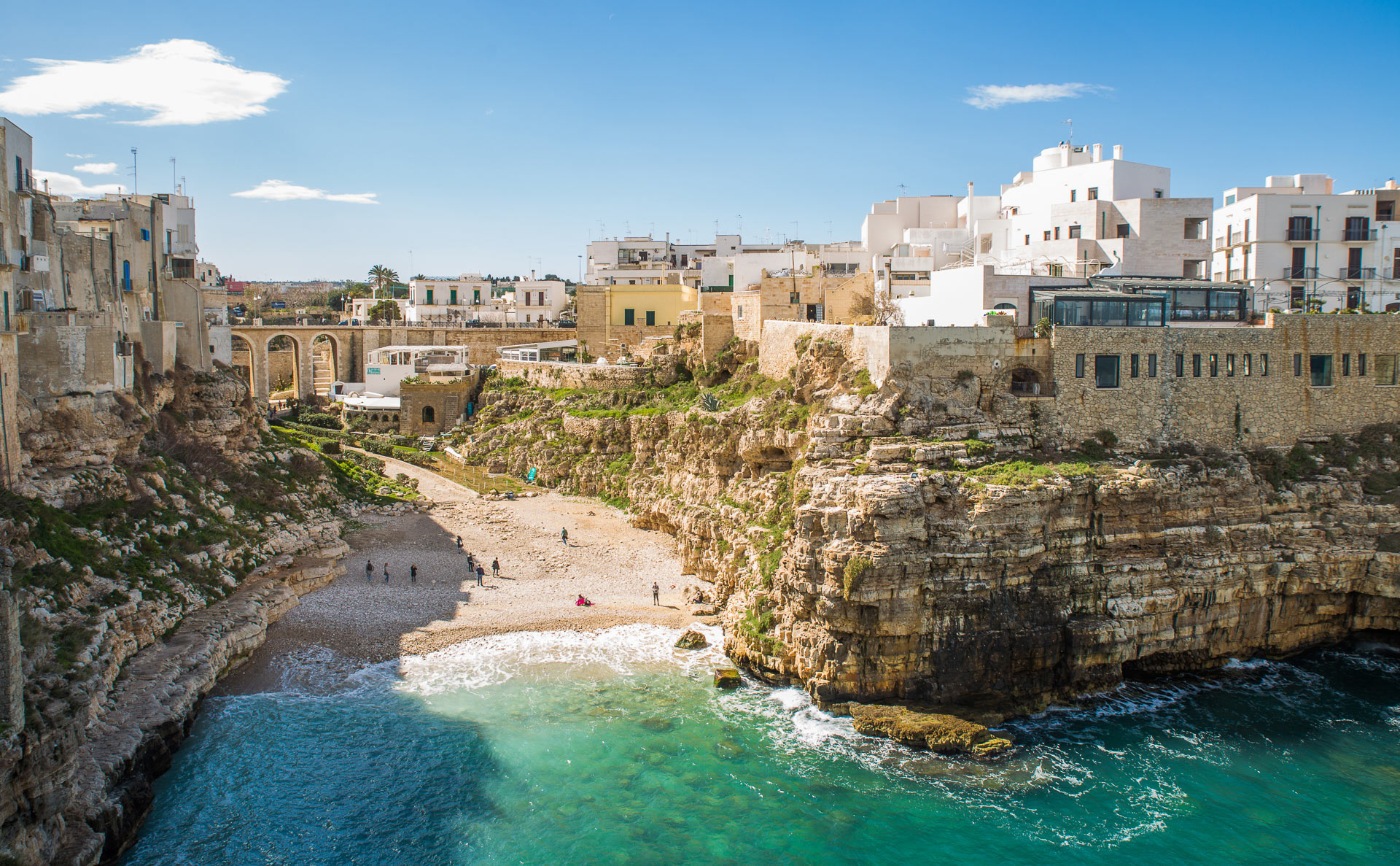