No, you will not catch scurvy when you visit the National Maritime Museum Amsterdam ! We know the Netherlands to be a polder, a territory whose level is mostly lower than that of the sea. What we do not know is how Holland once became one of the greatest European powers.

Open to the public since 1973, renovated in depth between 2007 and 2011, the Maritime Museum is housed in a huge building built in 1656 which, until 1973, was used to equip the warships of the Dutch Republic. It is an artificial island built outside the city center of Amsterdam, in the harbor area. 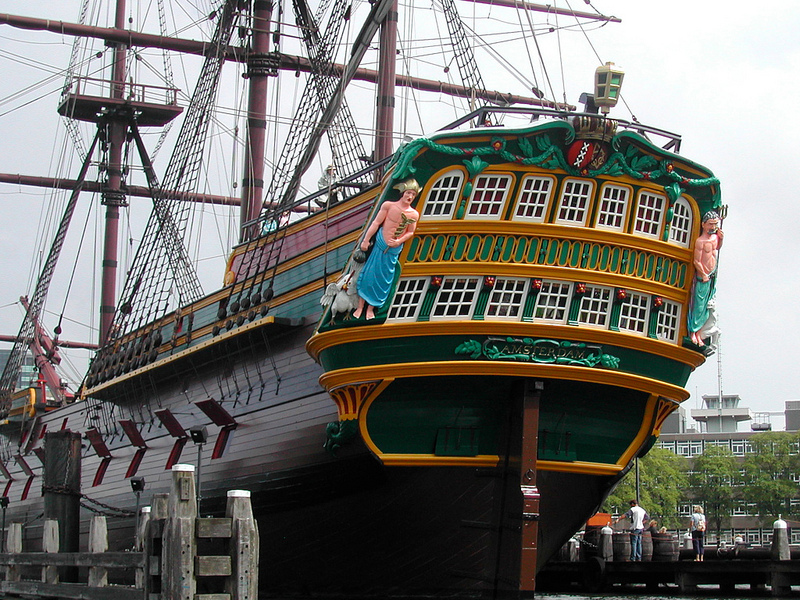 At the end of the 16th century, discoveries follow one another and Dutch sailors discover that trade can enrich the country considerably. A wave of unprecedented progress overwhelms the Netherlands and touches all areas: trade, culture, science, literature, painting – which ignores the famous Dutch painter Johannes Vermeer (1632-1675)? -, sculpture, music … It’s the Golden Age .

Thus, Holland rose to the rank of the first commercial power of the world during the years 1580-1600. 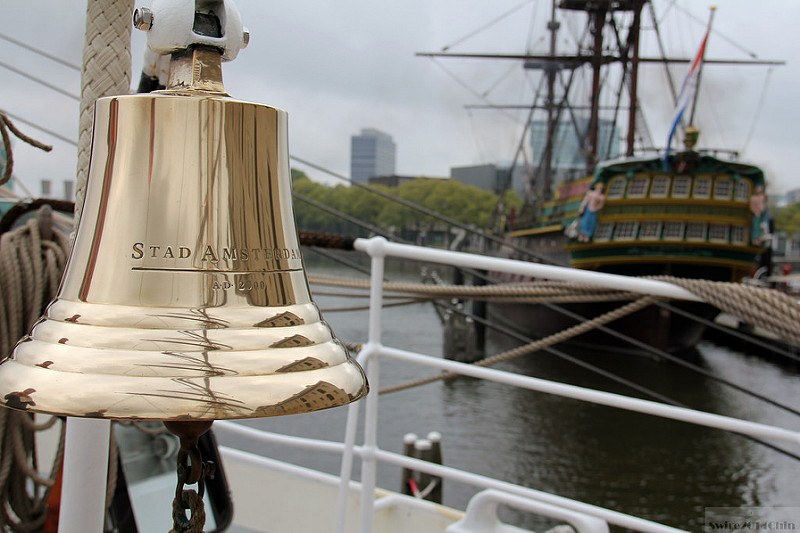 But the Dutch hegemony runs up against two other proto-industrial powers, which do not intend to let Holland dominate the European chessboard: France and England, which are also already great colonial empires.

The atlases in the National Maritime Museum will capture the evolution of cartographic knowledge at the time of the great explorations.

When you visit the National Maritime Museum, you will also know why the city of Amsterdam is dotted with innumerable canals that wind their way through the city center.

The visit of the National Maritime Museum Amsterdam

The visit of the museum takes place in two stages: on the one hand, outside, where the public can admire the replicas of the Dutch flag warships, found at the bottom of the sea, then inside, where the visitors criss-cross three stages of Amsterdam’s history, discovering tools, maps, boat models and some 60,000 maritime documents.

Three replicas of boats moored at the harbor dock make it possible to imagine what conditions the Dutch explorers lived at the time:

You will be able to board the replicas and see the narrowness of the confined spaces, and optimized to allow all the soldiers to live the time of the crossings of the oceans. For example, on the Amsterdam, 350 soldiers were piled up!

You will be able to put on browser boots and enjoy the exhibition “Go back to the time of the Golden Age” to relive the navigation as if it were today. We truly see the daily lives of explorers and warriors of the time! 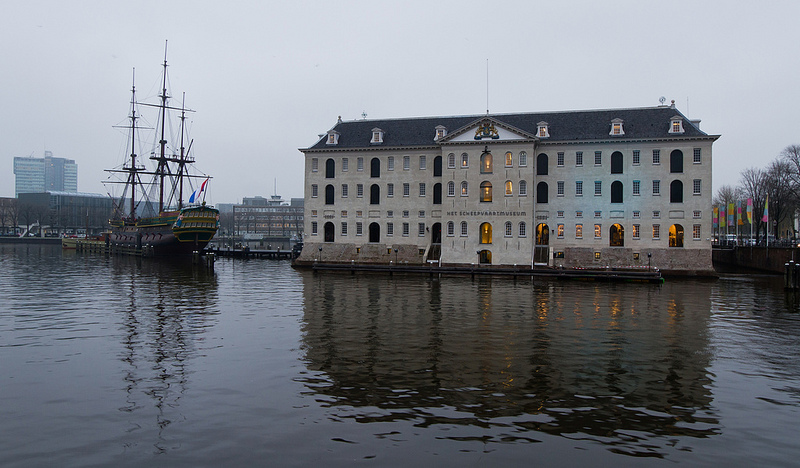 The visit inside the military building

After seeing these naval vessels of war, enter the historic building of the Dutch arsenal dating from 1656.

Thirty rooms spread over three floors allow you to access a huge amount of works and authentic documents of the 17th century.

These are listed in chronological order from the 17th century to the present day, it is one of the most important maritime collections in the world.

The visit continues on the top floors where the museum traces the Dutch maritime history since the 19th century.

All in all, the interactive tour – with an audio guide – lasts an hour.

To take full advantage of the visit and not waste time, take a fast-track ticket and book your ticket online. After receiving the ticket by e-mail, print it or show it at the box office.

Here is an indicative guide of entrance fees:

You can visit the National Maritime Museum of Amsterdam every day from 9h to 17h.

In case of cancellation, the ticket remains fully refundable until 24 hours before the visit!