When street art brighten up the streets of Paris

Street art has been considered a contemporary art movement since 1960, and is often associated only with graffiti. Only, street art is also advertising, stencil, stickers, finally all forms of art made in the street. Far from museums and art galleries, urban creations are seen by many people.

Despite the ephemeral aspect of the works, many of them are or have been artistic works in their own right but also, sometimes, tourist attractions … One thinks, in particular, of Five Pointz , considered as the “Mecca of Graffiti” this must-see place, located in Queens in New York, was the landmark of street art lovers for years until the night of November 2013, when all the works were covered with white paint!

There are several places like this, still unscathed, around the world. But today, we will focus on a selection of the 10 most beautiful works of street art in Paris!

1. Portraits of women in the heart of Gare du Nord 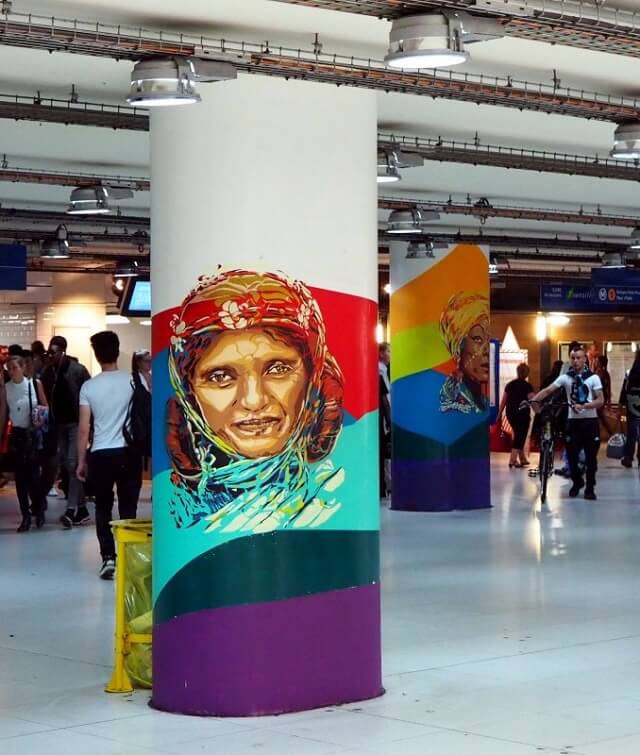 Following a metamorphosis project at Gare du Nord, the Spanish artist Btoy was called by the Quai 36 team to bring a colorful and lively touch to the basement of the Station. With portraits of women of the world, the artist has given a dynamic boost to her premises! Magnificent !

2. The works of Charles Leval 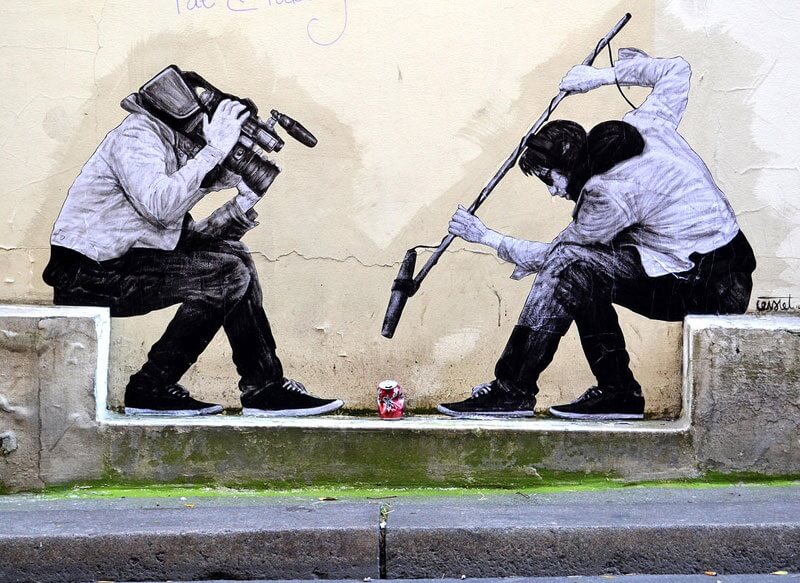 Through ever more original works than others, Charles Leval, aka Levalet, launches messages full of hope and poetry! Always full of humor, sensitivity and in perfect harmony with the urban environment, his works blend perfectly into the decor for the delight of passers-by!

3. Portrait of the artist Hopare in the swamp 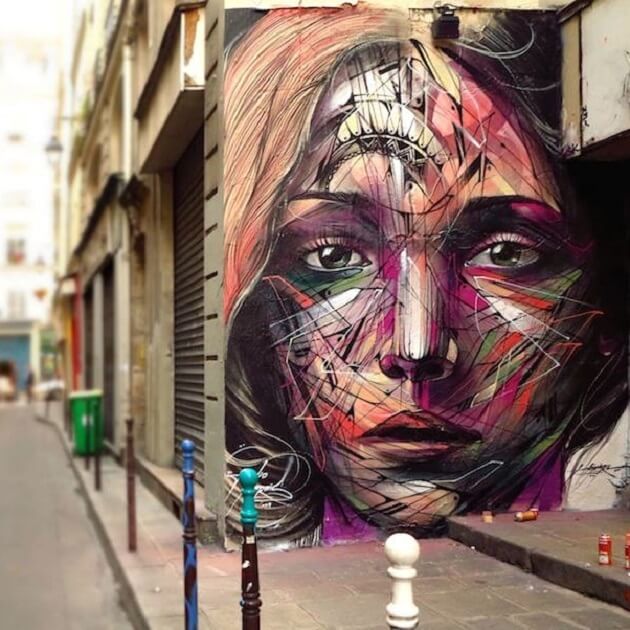 Street Champon visible in the 3 rd district, the mesmerizing work of the young artist Hopare was conducted following an interview with Radio Marais. Following this interview, the talented Hopare left as a trace of its passage in the street, a work that is part of a project called “The street has charm!” We can only agree with the captivating look of this young woman! 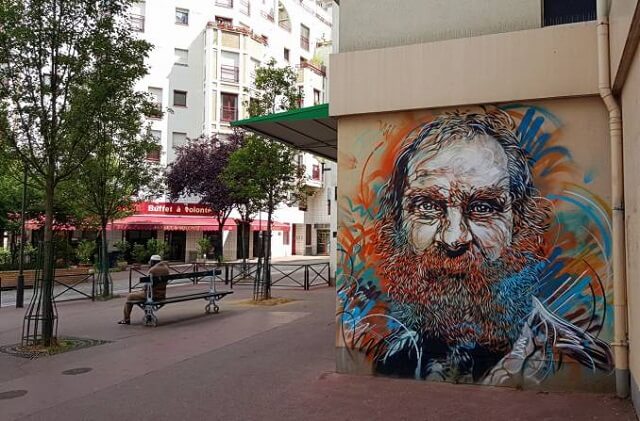 Another captivating portrait on a street corner in the 13 th district! Directed by the artist Christian Guemy aka C215, the colored work is visible on Avenue Choisy!

5. The Banksters Project by Martin Parker 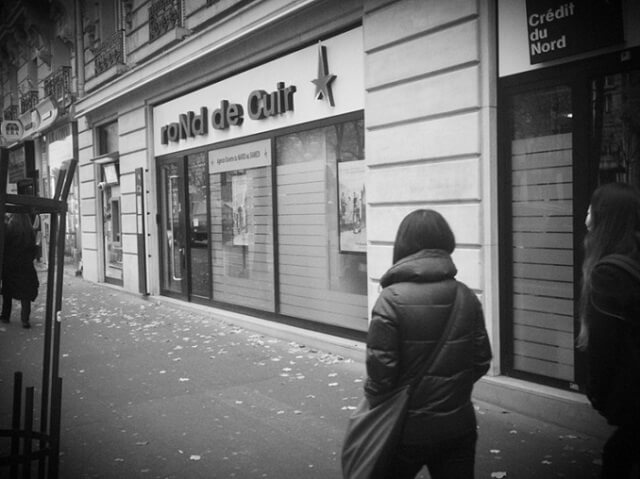 Rather in a movement called “Urban Hacking Actions” works by Martin Parker are not lacking in originality. The idea of ​​diverting some banners from French banks is cheeky and daring knowing that “piracy” can sometimes take the whole night! It’s easy to imagine what the employees should do when they discover their new company at the opening time!

6. Installation of Félice Varini at the Grand Palais 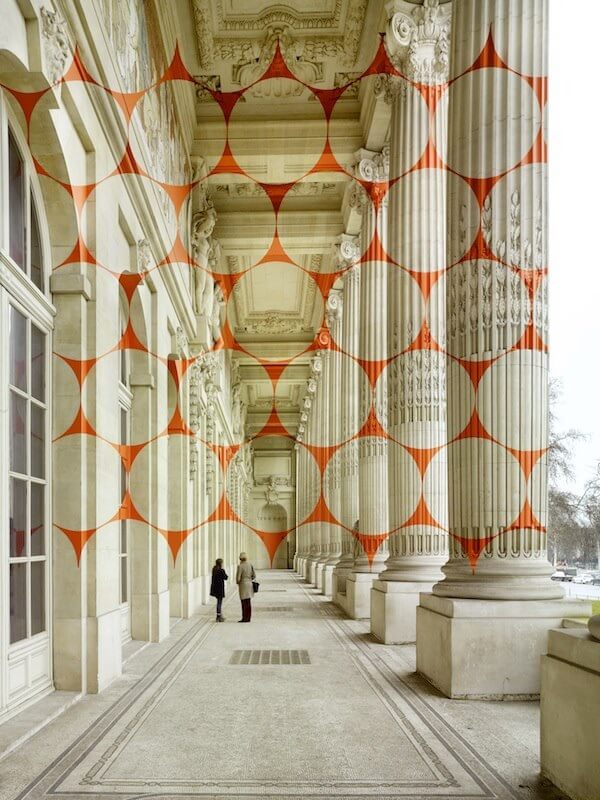 One would think a trick at first glance! The incredible work of the Swiss artist Félice Varini is nevertheless well inscribed! A background work, perspective and an optical effect succeeds! Extraordinary!

You know the mother Michel who lost her cat? Well, it’s time to leave this old French nursery rhyme aside and get to know Thoma Vuille’s “Monsieur Chat”. Present everywhere in the French capital, this little yellow cat with mischievous eyes is particularly known for surveying always a huge smile! If you did not know this artist, open the eye, Mr. Cat occupies a little over 80 Parisian walls but it is also found beyond the French borders … 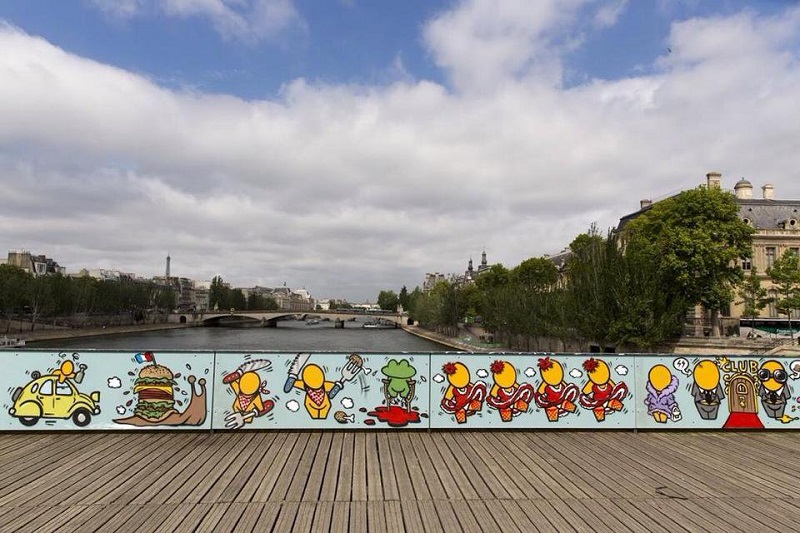 The lovers, who came to padlock their love on the fences of the most romantic bridges of the capital are now facing street art panels over 100 meters long! Created to avoid all the security concerns of thousands of padlocks, the works were installed mid-year and should be present on the bridge of arts until this Autumn. These frescoes leave many people perplexed, but the Pont des Arts will not have worn its name as well!

9. The giant knit of a subway station 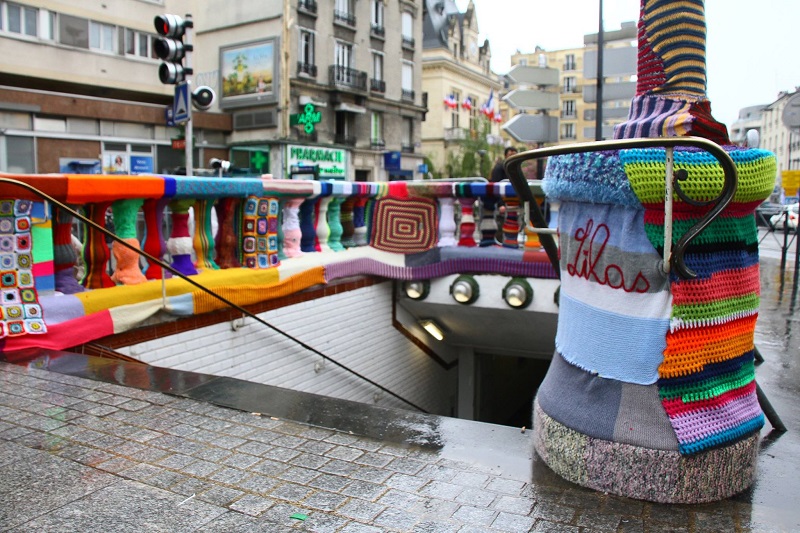 Although this work is no longer relevant, it was undoubtedly one of the most striking works of the capital in 2015. As beautiful in substance as in form, the work of Karen Kingerhut is the result of a teamwork. Realized with the help of several small voluntary hands, this giant and multicolored knit had invaded the station “Mairie des Lilas” on May 6th! 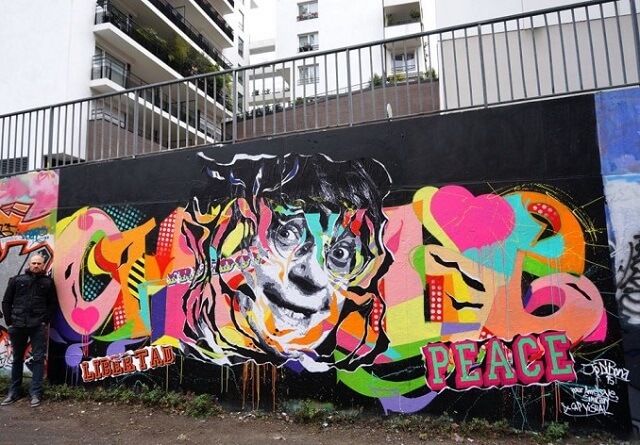 Another highlight of 2015 and not least, the attacks of January 7, 2015. Shortly after this tragic day, several Street art artists have paid tribute to Charlie Hebdo around the world and especially in Paris. A good way to pay tribute to the victims with a poignant message, “the pen against weapons”.

As we know, street art is ephemeral, and is constantly renewed. Feel free to mention the new street art works of the capital in the comments below.