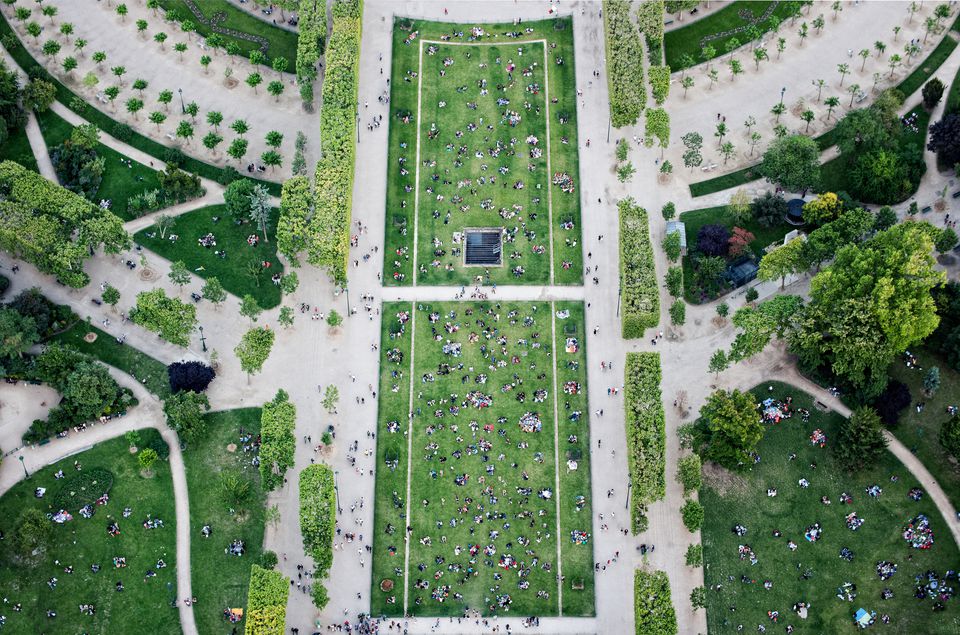 What’s the crime rate in Paris? Check out our safety tips before visiting Paris.

According to Numbeo, following is the latest Paris crime index in 2018:

Besides, the National Observatory of Delinquency and Penal Responses unveils its annual report on violence in Paris, and the most affected neighborhoods are not what we expect …

This X-ray of delinquency  tells us that Paris dominates the regions of France in terms of insecurity, just behind the Seine-Saint-Denis. With an average of 15.72 violence per 1,000 inhabitants in 2015, Paris is more than double the national average (in mainland France). A very bad note that has different repercussions depending on the boroughs.

By consulting the figures of crimes and offenses of Paris, one realizes that the podium of the most dangerous districts consists of 1st, 2nd and  8th districts!

On this first map, we discover the figures of physical violence by district. Leading in the order: 1st, 8th and 10th. Exit prejudices on the 19th … The most sought – after neighborhoods of the capital obviously attract as much trouble as Parisians. 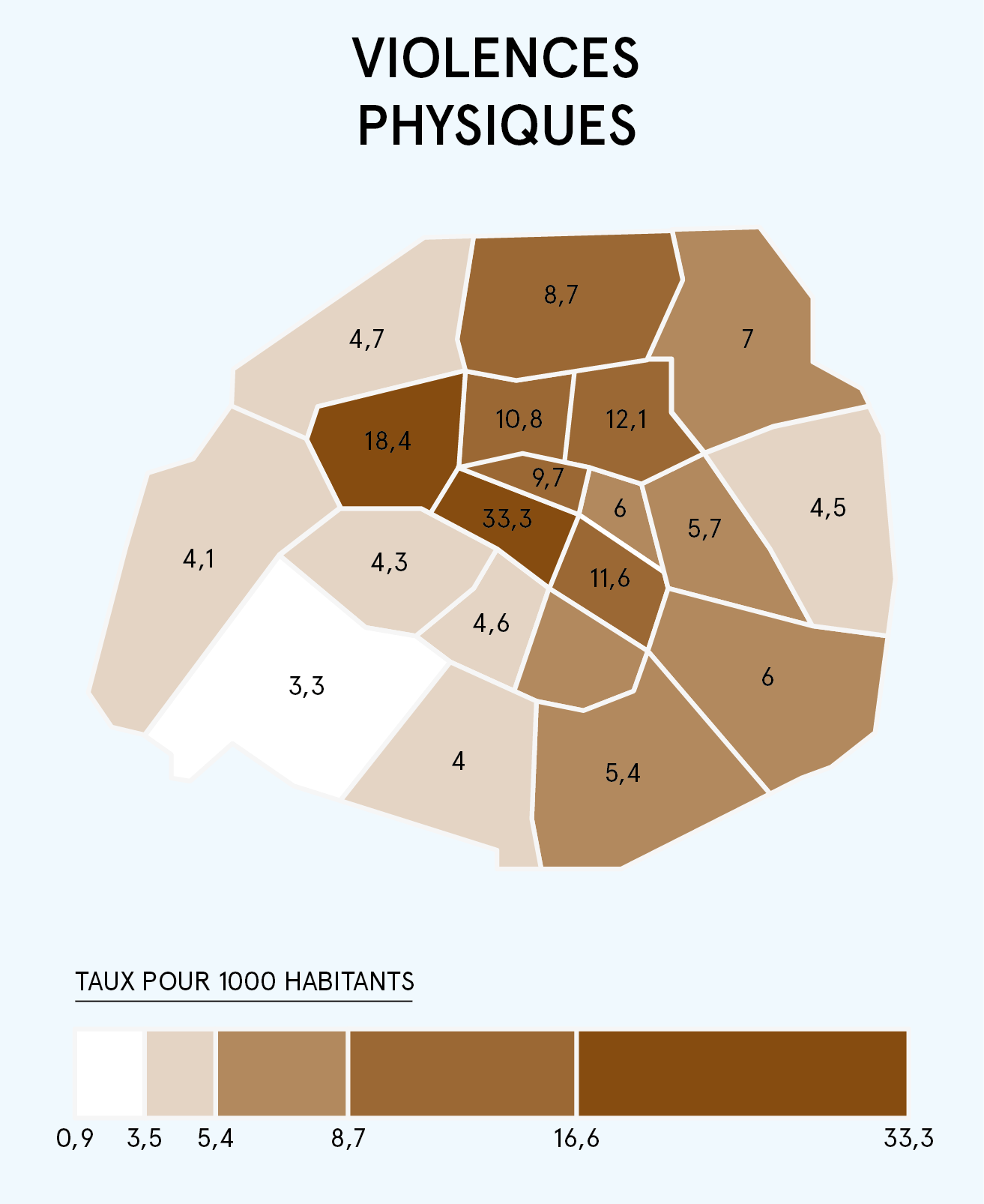 Same thing on the burglary side: this time the 2nd takes the first place, followed by the 1st and 18th. If the first two places of the podium surprise, the reputation of the 18th arrondissement follows in this ranking, with neighborhoods like Barbès or Clichy. I also recommend you to read our article: How to Avoid Pickpockets and Thieves? 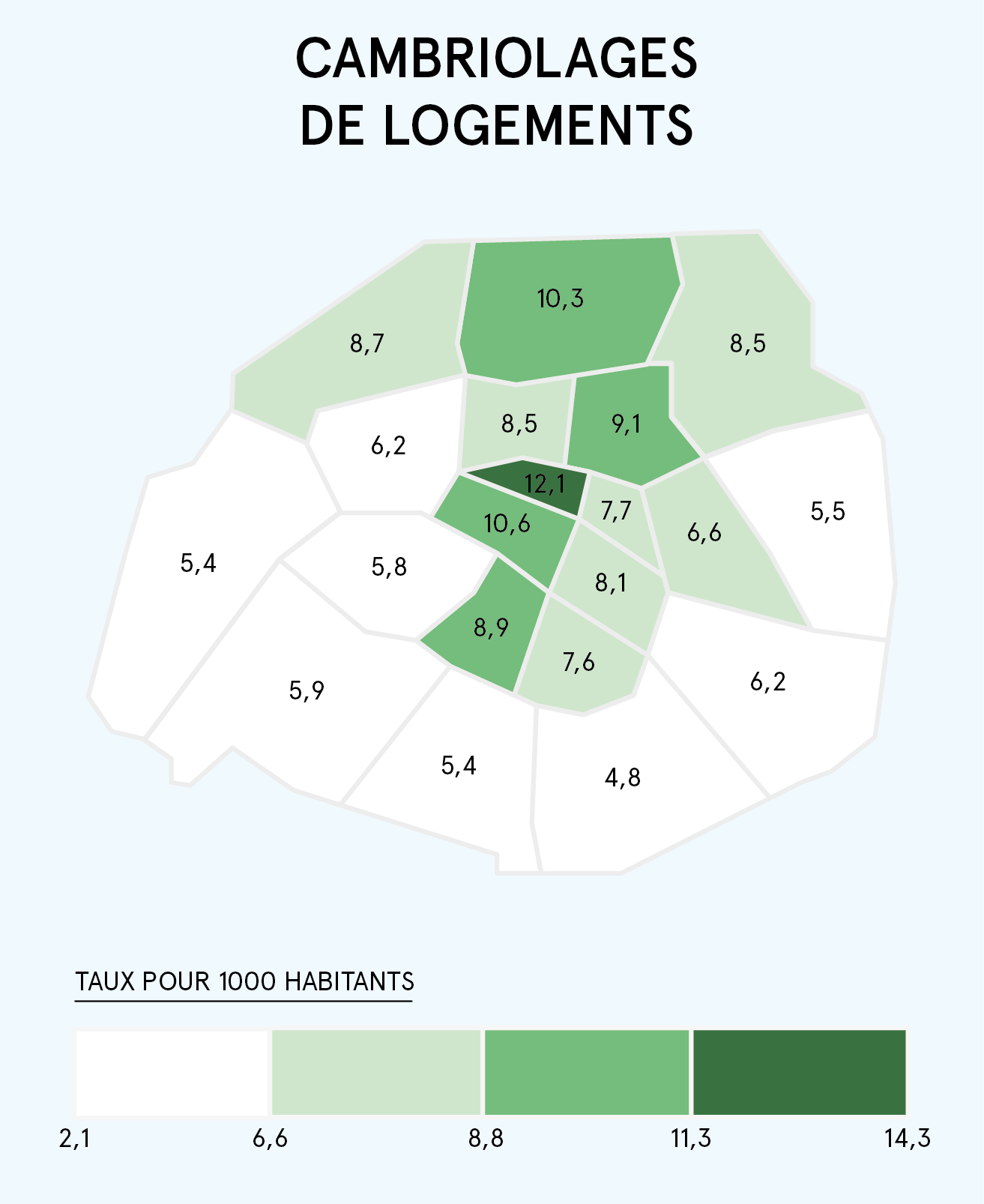 At the level of car theft now, it is the 8th which passes in the lead, again followed by the 2nd and 1st districts. So we can deduce that thieves are looking for cars that are worth stealing, and operate in beautiful neighborhoods? 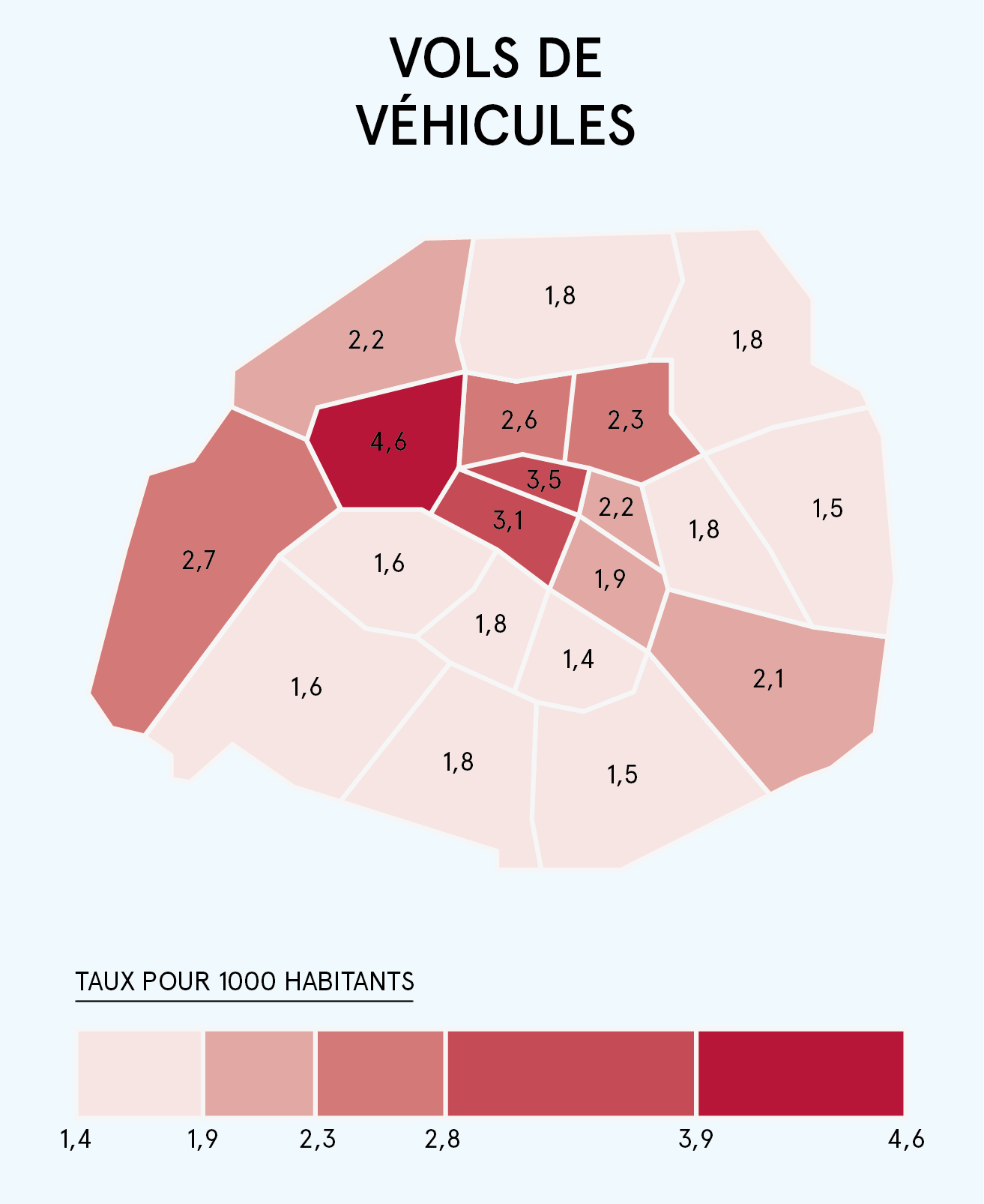 Finally, the drug side, always the same trio of the head: the first registers 33.7 narcotic offenses per 1000 inhabitants, the 8th district a rate of 18 and the 2nd district a rate of 13. Obviously, these neighborhoods thus identify the majority of consumers Parisians. Do you feel concerned? 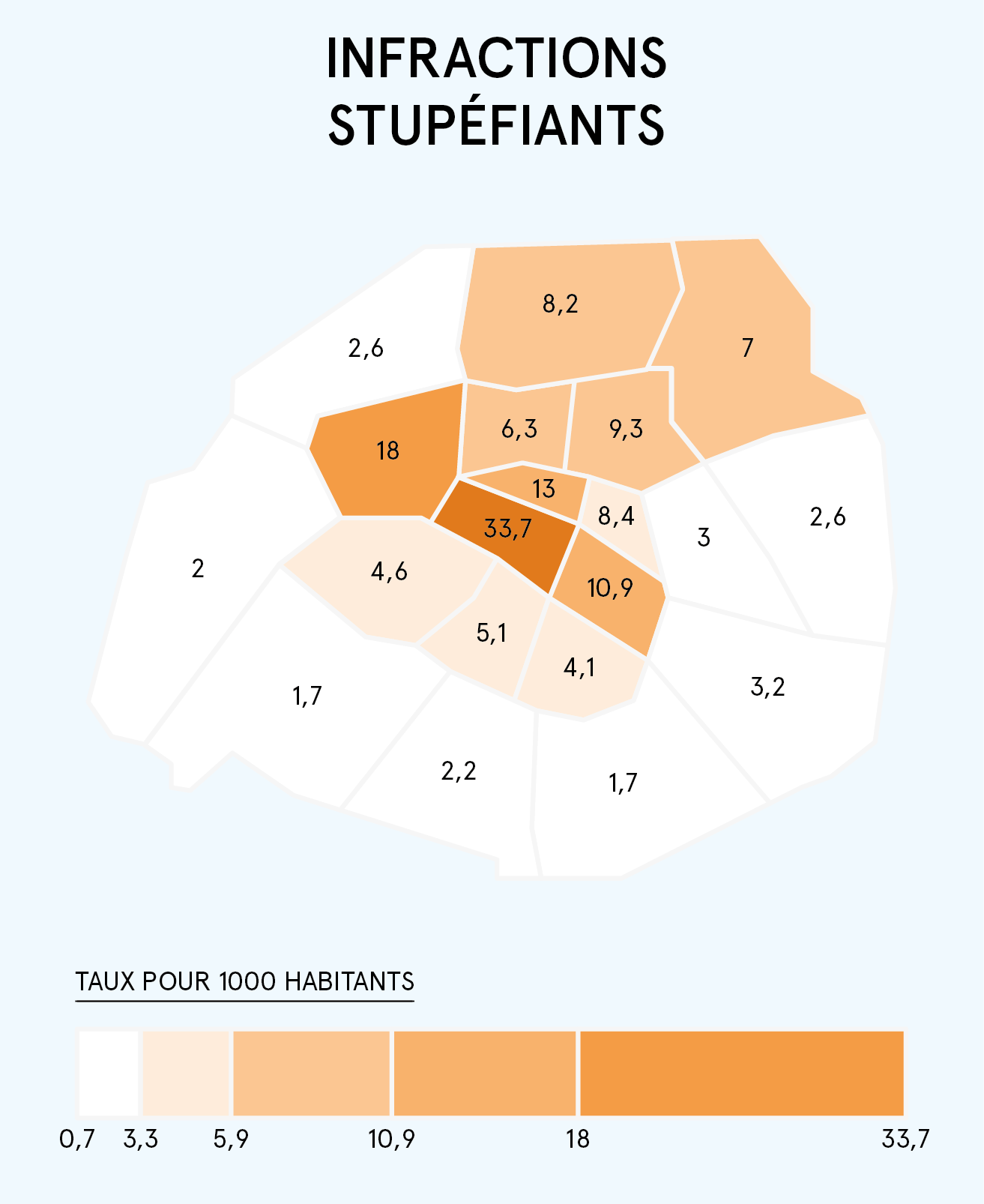 If you want to settle in a quiet area, it is better to avoid the heart of Paris, and instead move to the 7th, 14th, 15th and 20th districts. With crime rates 10 times lower than those of the 1st, they are obviously the safest and quietest areas of the capital.